This post includes a metaphor, an anecdote and a vision.  Ready?  Here’s the sketch:

A magician – who was prone to playing the “long ball” – sought to develop the world’s greatest card trick. True to form, the magician asks a volunteer to pick a card, sign his name to it, and put it back in the deck. The magician then claims to transport that card into a tree. When the tree was cut down immediately thereafter, the autographed playing card was found, encased in glass, nestled within the heart of the trunk.

A weary traveler – and avid puzzle-builder – walks into the Louvre gift shop in 2002 and purchases one of the world’s largest jigsaw puzzles. It was 8,000 pieces, when assembled, depicting an elaborate fresco created by Luca Giordano during the Habsburg Dynasty (known as “trigolo degli Asburgo”). The puzzle sat in its box until 2007 when – over the course of the next year – the puzzle was assembled on two adjoining sheets of 4′ by 8′ plywood covered with felt – and mixed with lots of bourbon and Cuban cigars. In 2008, measuring 132 cm wide and 192 cm tall, the puzzle was taped and separated into tiles sized to return the puzzle to its original box.

At the recent Benzinga FinTech Awards in June 2016, one of the speakers – Leigh Drogen, Founder and CEO of Estimize – shared some simple yet powerful advice for early-stage entrepreneurs: “Talk to customers and build stuff.” Naturally… Alphacution has been practicing this mantra for a long time and the question we often get back from clients and prospects is, “What are you going to build next with your modeling and analytics framework?

Simply put: We are in pursuit of a 360° view of “technology economics” in the global financial services ecosystem – and the reason we are on this mission is to be able to provide the most impactful navigational intelligence to our clients for the primary engines of their ongoing transformations, which are technology and human capital.

For the current phase of development, our strategy is also quite simple: We meticulously harvest publicly-available financial and operational data over several years (and occasionally quarterly), build company-specific models focused on technology spending patterns and “technical leverage” and then roll those individual models into composite models. The first ~120 company models we have as of today contain diverse business profiles – although with heavy emphasis on large global banks – and already provide an unexpected wealth of intelligence about operational efficiency and business transformation for the global financial sector.

All that said, we are playing the long ball too: We want our stakeholders and friends to know that the journey to a 360° FSI composite model includes the development of individual models for companies that operate in one or more positions along the following perspectives: 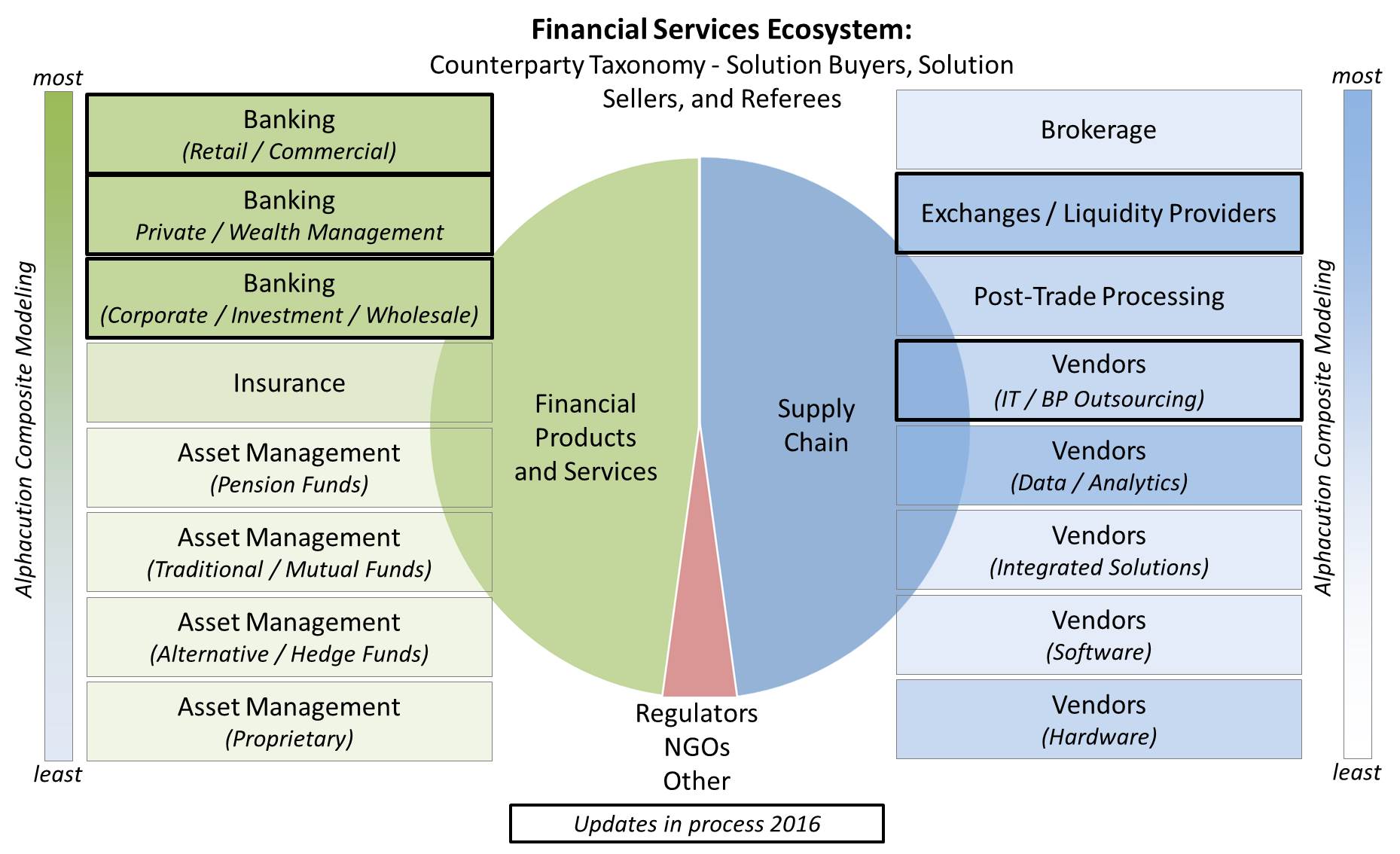 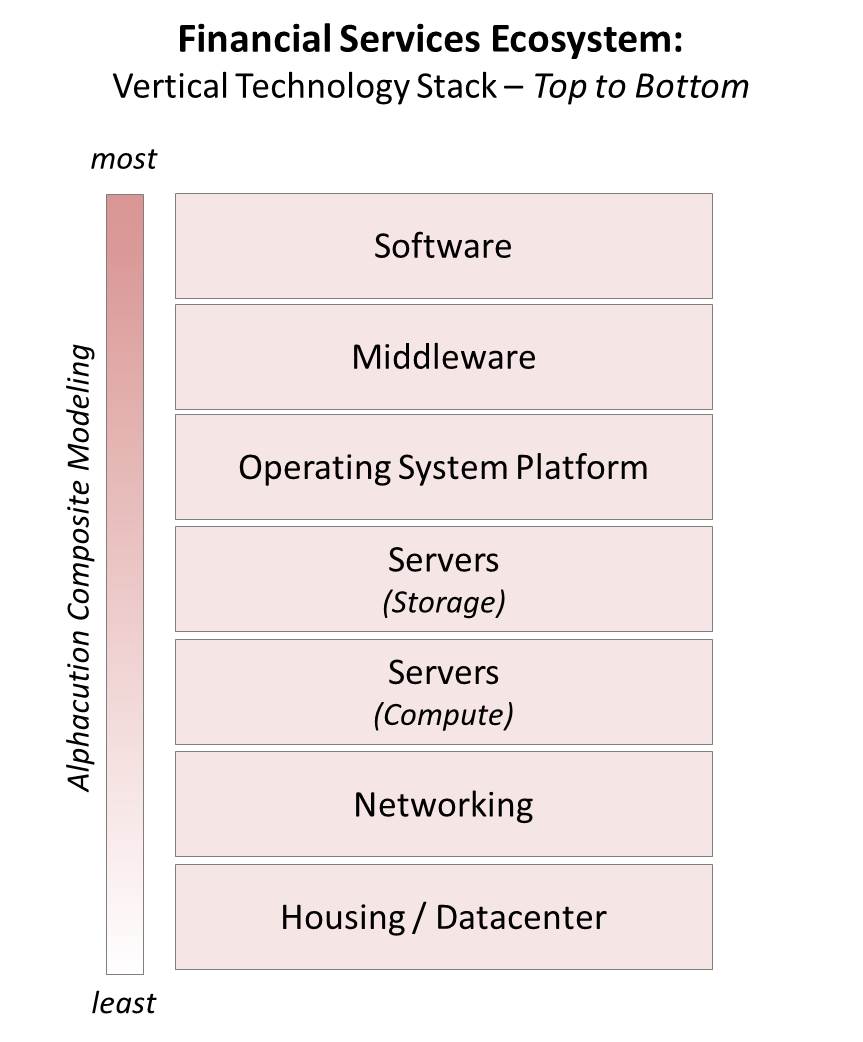 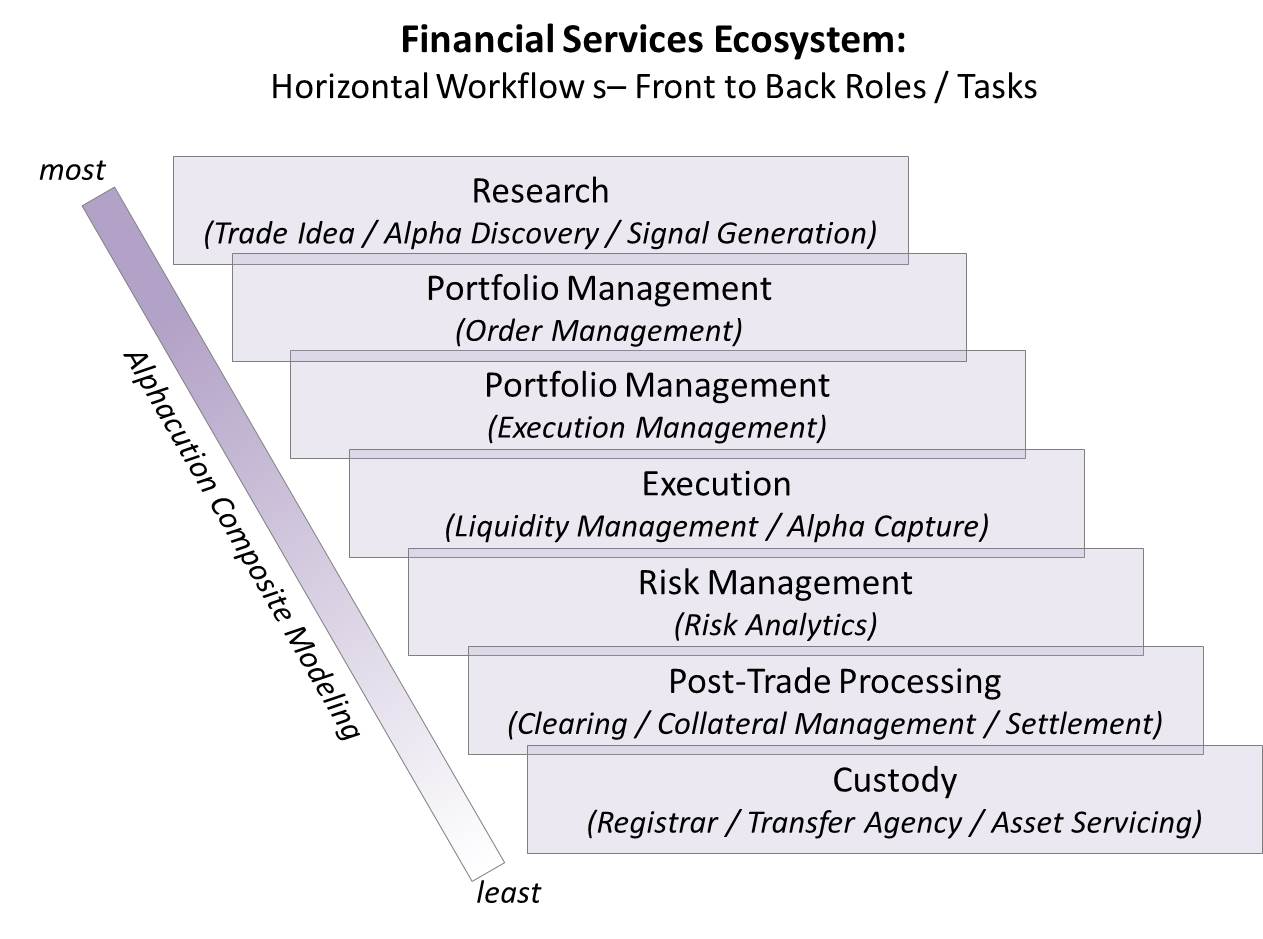 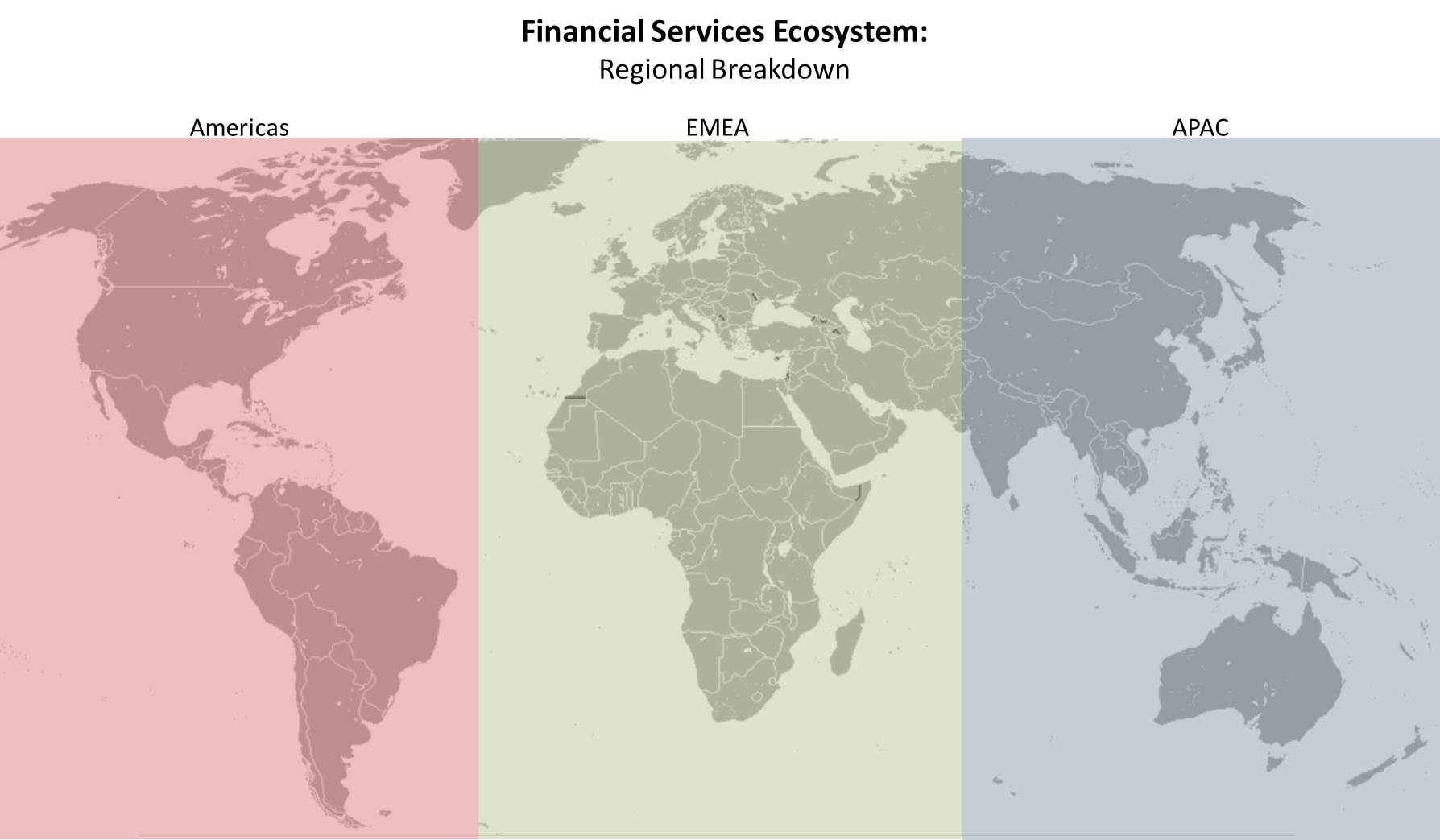 Now, truth be told there is much more to the vision here than assembling this massive puzzle. But, we will save that series of reveals for another day since we are already at the edge of conceivability. Madness to most, fun to us. There is much to debate about this schematic in the meantime. What is most exciting to us for the next few steps are the inevitable bonus insights that show up between the “cracks” in addition to the expected insights. Context is the cause of this. Translation: There is far more value in the journey – for us and you – than the destination…

Lionel Shrike was the magician who had gotten the same volunteer to sign his name on a playing card decades prior for another much less impressive magic trick. Then, he entombed the card in glass in the middle of a young tree, allowing it to be swallowed by the wood as it grew. It seemed inconceivable that someone would go through such lengths to set up such a performance, but it is precisely that perception of inconceivability that protects the “magic” from being discovered.

In 2016, fourteen years after its purchase in Paris, the puzzle tiles were removed from the original box and re-assembled, forever merged with an extra-thick backing of Gator Board to hold it all together. As if destined to be hung back in the Louvre – and as the ultimate metaphor for what we are doing here with Alphacution – I took that puzzle in to be framed yesterday…