There was a time when we dedicated a lot of effort on these pixelated pages to the impacts of technology on the bulge bracket investment banks and other major sell-side players. We even set out to tracking the aggregate headcounts of the top 9 investment banks – a Headcount Index, of sorts – as one paradoxical attempt to quantify the adoption of technology, and therefore, the implied pervasiveness of workflow automation in the post-Global Financial Crisis (GFC) era. The idea being that increasing workflow automation would ultimately yield lower headcounts.

Having turned much of our attention over a year ago to the more fertile and distinguishing research territory of the secretive buy-side, it’s been quite a while since we’ve stopped to check back on the banking community within which we started. Deutsche Bank’s Monday July 8th announcement of a radical restructuring involving 18,000 layoffs that could see the entire elimination of its equity sales and trading division is the catalyst for our return to this general topic.

Good thing our attention was drawn elsewhere over the ensuing quarters because the story seems to have been a real snooze, at least until now: As of the most recent figures collected (for Q1 2019), our headcount index stands at 1,048,000; extending to nearly 3 years a scenario where top line headcount among the bulge bracket I-banks has barely moved (see below). 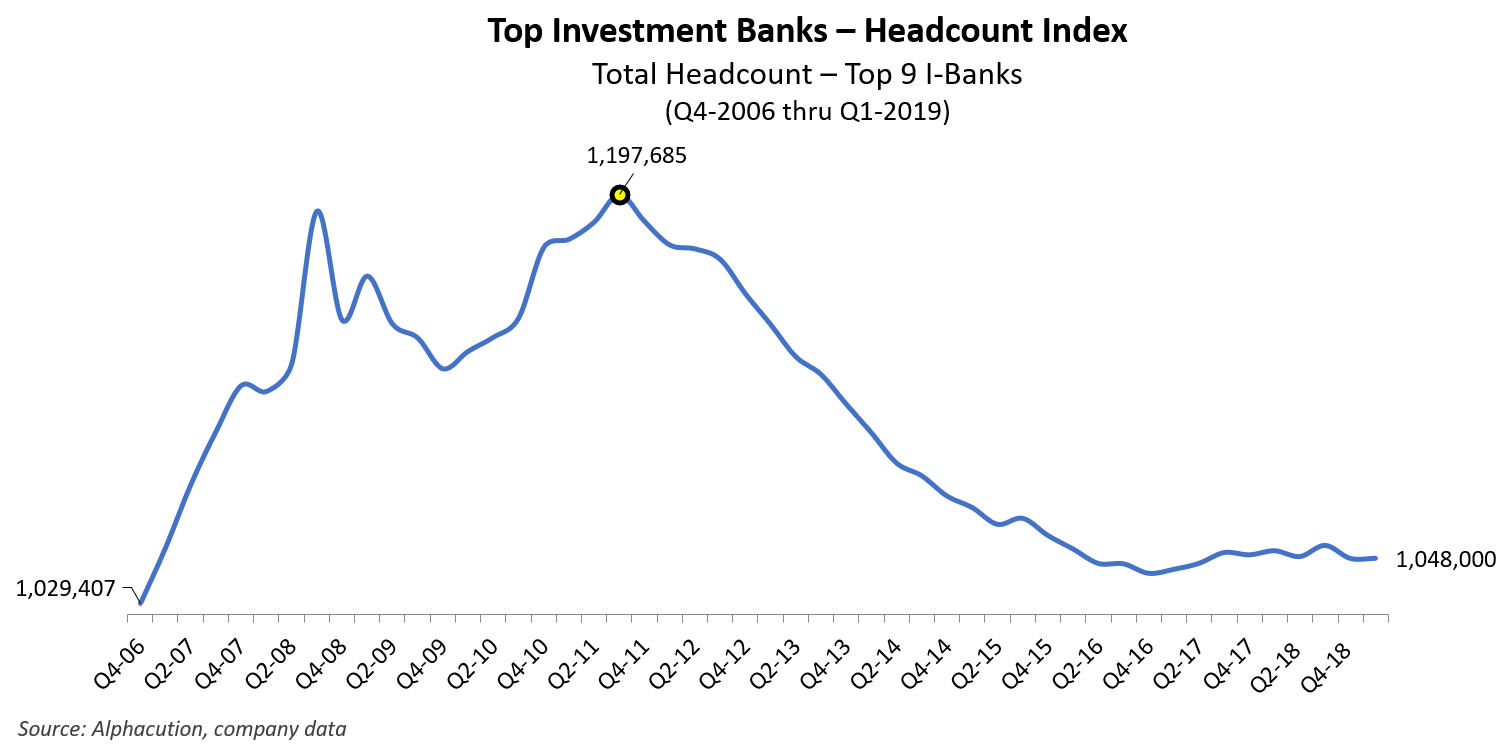 Now, this fact seems extremely odd when set against a backdrop where parallel fintech and financial markets revolutions continue to rage. But, then again, maybe that’s the point. Maybe our headcount index – and its lack of movement – illustrates a couple of insights about this landscape and the incumbents that have dominated it for so long: 1) Clearly, if there is any disruption going on, it is going on elsewhere; outside the major banks, and the accumulation of human capital is happening among start-ups, pioneers on the digital frontier, and non-incumbents, and 2) Alphacution believes there is actually much more turmoil in skills-mix shifts below the proverbial surface – generally, from higher-touch customer-facing types to lower-touch techie types – that betray the relative calmness of the top line figures.

Plus, while the aggregate figures tend not to move much (especially given the weightings of some of the larger banks), each bank in the index continues to change in unique ways relative to its former self. The exhibit below is an illustration of this. It’s a ranking of each of the 9 headcount index constituents’ (plus Wells Fargo) current total headcount relative to the maximum of the total headcounts of the previous 49 quarters beginning Q4 2006 and ending Q4 2018 (see below). 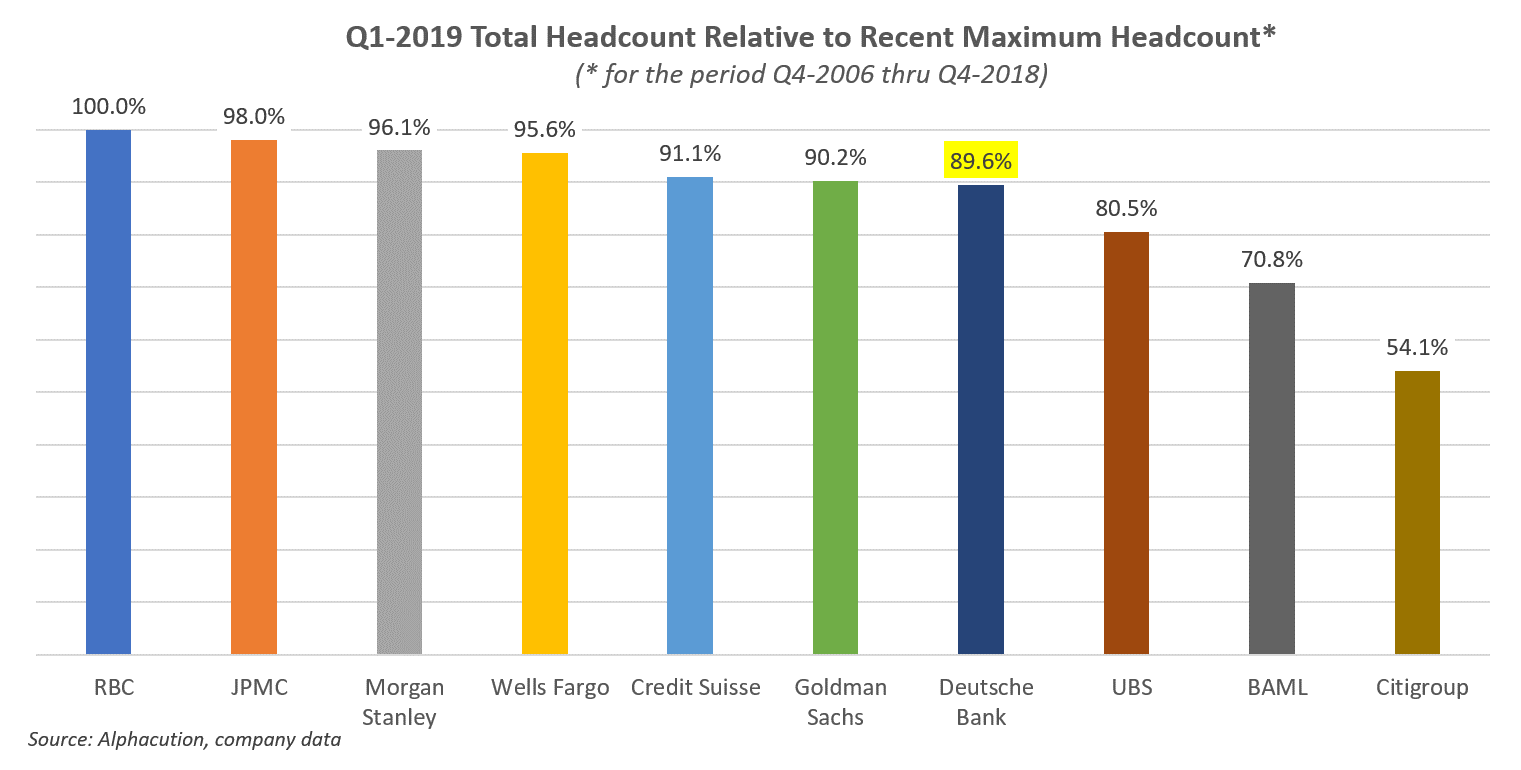