Alphacution publishes its 125-page, 149-exhibit, 26,000-word case study, “History of Jane Street,” with notable expansions into regional, US option strategy and revenue estimation details. The following is the Opening to that report with Table of Contents, including download of the full Executive Summary. Access to this report is available to Premium Subscribers. Subscription and individual report purchase inquiries can be directed to info@alphacution.com. 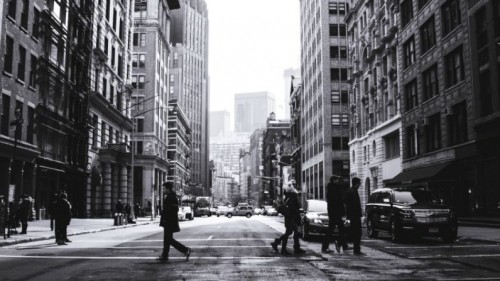 Download File Alphacution_History-of-Jane-Street_Executive-Summary.pdf – 953 KB
NOTE: No representative of Alphacution has been in contact with any representative of Jane Street Group, LLC or affiliated entities for the preparation of this report. This report is solely based on the author’s interpretation of Alphacution’s ongoing assembly of raw, open-access data; library of contextualized modeling; and, internally-developed content. This report does not benefit from, nor include, any material non-public information (MNPI).

It’s like the highest-octane fuel in the engine of every proprietary trading and market making firm – and it is very difficult to capture, harvest or extract from an incessantly violent onslaught of data. Moreover, it is exceedingly – if not, impossibly – difficult to predict (over any time frame) with consistency. The exception – the only exception – to this axiom is to be consistently positioned to benefit from shifts in volatility, and nimble enough to react favorably when those shifts occur.

Now, many – certainly, dozens of – trading firms have satisfied these criteria to a wide spectrum of success. The most prominently distinguishing factor among them – like the achievement of karate’s grand master black belt level – is scale; a factor that has paradoxically established a fault line between those who navigate to scale and those who do not. As the wielding of technology – and the absence of regulatory impediments to buffer its impact on market macrostructure – promotes winner-take-all (WTA) competitive dynamics in the ecosystem, market makers either battle in the Octagon for each increment of scale or risk existential threats. It is no longer enough to passively tread for a tide of benevolent volatility to lift your brand of boat unless you are content to remain in your basement where the clock is accurate at least twice per day.

Today, there are five factors that must be mastered to maximally scale a trading operation in closest possible proximity to the sources of listed transactions – arguably, for each product class. In addition to volatility, these include inventory, liquidity, information asymmetry, and processing. Adding an extra alley-oop to the magnitude of the challenge: There’s only one of these factors that can be controlled. And, it has potential to represent the Everlasting Gobstopper of special sauces…

Among the global roster of proprietary trading and non-bank market making firms, Alphacution has identified twelve that epitomize the successful navigation of the contemporary gauntlet required to achieve scale. Exhibit 1, below, kicks us off with a ranked list of these firms by founding year.

Certainly, the presentation of this list up front is not to imply that these are the only success stories on the field. There are other successful players to watch and fascinating stories about them to tell. Though Alphacution has provided glimpses of a much broader roster of players on its Feed, we will get to deeper dives on them over time.

For now, the point is to remain focused on the objectives – the DNA – of a successful scaling strategy under conditions of finite alpha capacity and WTA competitive dynamics: The inventory of suitable products. The liquidity spectrum of those suitable products. A favorable disposition to a myriad of fleeting information asymmetries. And, a favorable disposition to volatility [which has little in common with information asymmetries given our post-Global Financial Crisis (GFC) era of aggressive interventionism].

The only aspect of these objectives that can be controlled in service of growth is one’s response to them. Like a stem cell, processing – a maniacal sensitivity to detail – is the source of all responses; and thus – in this game – all competitive advantages. Among the upper echelon of firms in this space, Alphacution ranks Jane Street among the top three…

What originally appears to have started out as Henry Capital in August 1999, has become one of the most successful proprietary trading firms in the world today. It’s a very short list of those who have forged success across regions, product and asset classes, strategies – and time. Exhibit 2, below, is an illustration of the specific entities that make up the organizational constellation within which such success has been forged over the ensuing 20+ years.

Not much is known about the origins of Jane Street – officially or unofficially among the mythologies that tend to travel the backchannels of trading lore – other than occasional media reports about its prowess as one of the largest ETF market makers. Though some mythologies – as if fossilized in amber – have been suspended in time due acquisitions, those that remain can be roughly bifurcated between those where the founders contributed, wittingly or unwittingly, to the mythology and those who did not. Think Ken Griffin, Jim Simons, or Cliff Asness in the contemporary cases where the founder has become synonymous with the brand. And then, try to conjure up the founders of Susquehanna International Group (SIG). For most, you can’t do it.

Jane Street, at least to this author, is like the latter – and we purposely chose not to ask around as part of the preparation for this case study. It’s a bit more interesting to us to see what can be found, lying around, hidden in plain sight. All we discovered is that Jane Street was co-founded by Tim Reynolds – “and two friends” – Michael Jenkins and Robert Granieri. According to regulatory filings, Mr. Jenkins and Mr. Granieri are still affiliated with the firm as operating committee members. Richard S. Emmet is CEO.

Mr. Reynolds’ modest bio includes that he was a member of the New York Stock Exchange and the American Stock Exchange as a specialist and derivatives floor trader. He retired from Jane Street in 2012. A paraplegic because of a car accident in 2000, Reynolds also co-founded the non-profit Reynolds Family Spine Laboratory in 2006.

But, don’t let a sparse opening fool you. While the mythology may have somehow been muted or well-managed as the firm battled to deliver success after success – all the while navigating everything that has happened over the first decades of the 21st century – this project has proven to deliver Alphacution’s most substantial case study to date; in size, by at least a factor of two. More than that, after we thought that case studies on Citadel Securities, and then SIG, and then Two Sigma were unprecedented, this case study has taken our definition of unprecedented to a new level.