“Learn how to see. Realize that everything connects to everything else.” – Leonardo da Vinci

“There’s no such thing as a free lunch.” – Milton Friedman

Maybe I imagined it, but a couple weeks ago, I thought I saw an article claiming that Jack Dorsey, CEO of the world’s largest kazoo – you know, the thing with the familiar harmony and enough dissonance to over-stimulate your reptilian id – was set to replicate Robinhood’s free trading platform on Twitter.

Sure. Why not? What could go wrong?!

Anyway, it seems that the search for that gem of strategic intelligence may have been catalyzed by recent announcements by none other than Schwab, Fidelity, E*Trade, TD Ameritrade, and Interactive Brokers – which is pretty much everyone within spitting distance of the retail brokerage universe – that they were all dropping commissions on stocks, ETFs and options to $zero.

Ok. So, in order to avoid one of those vein-popping rants, I just want to remind that there is no such thing as a free lunch, that the retail brokerages are not charities, and that they will absolutely make up lost commission revenues in other ways, usually obfuscated way down in the guts of their workflow process where few people notice.

Symbolic of this idea, the following charts are Alphacution’s assembly of data on payments for order flow (PFOF) – some of which that were originally published in “Robinhood: Payments for Order Flow 2018, Up 227%” – without further comment: 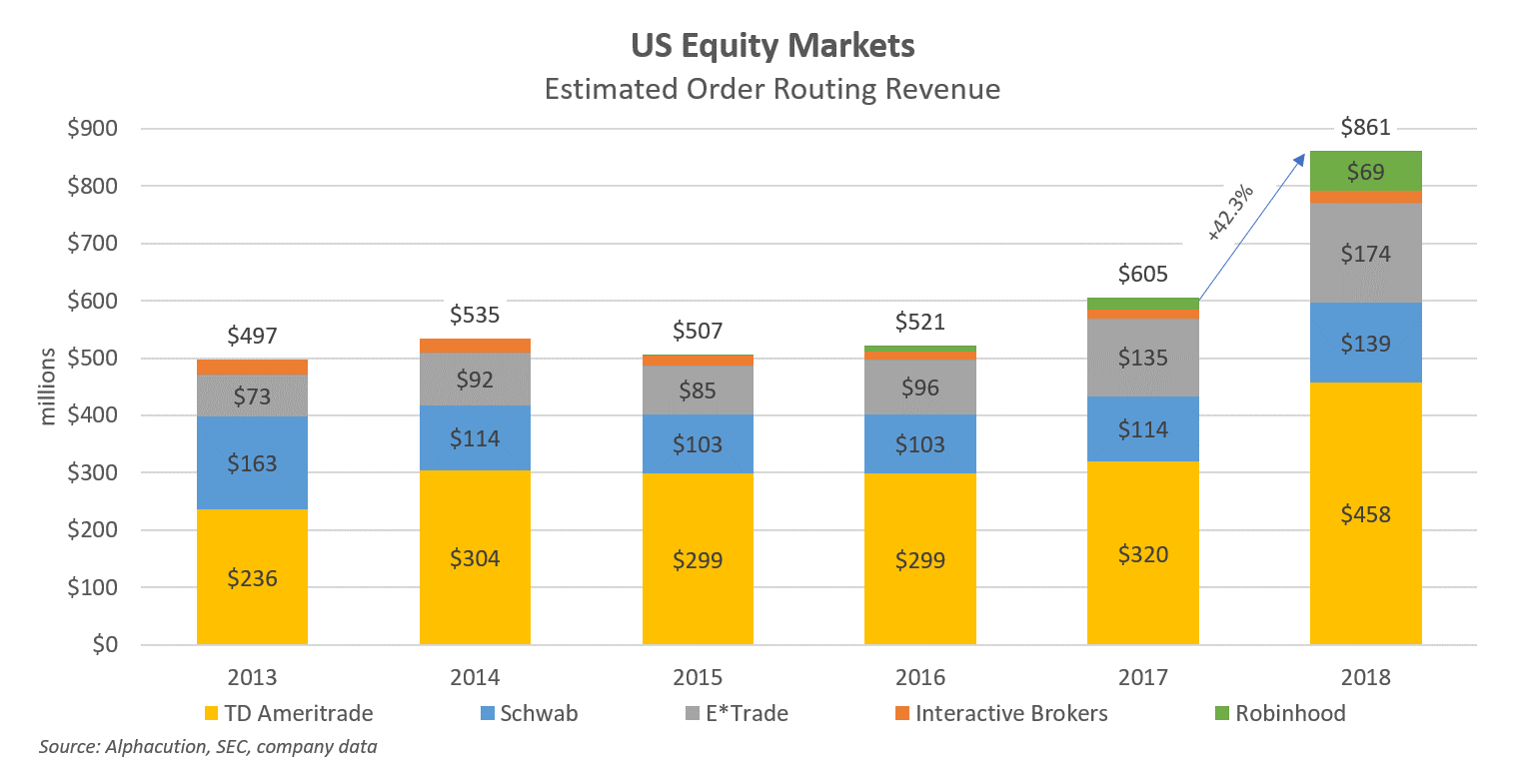 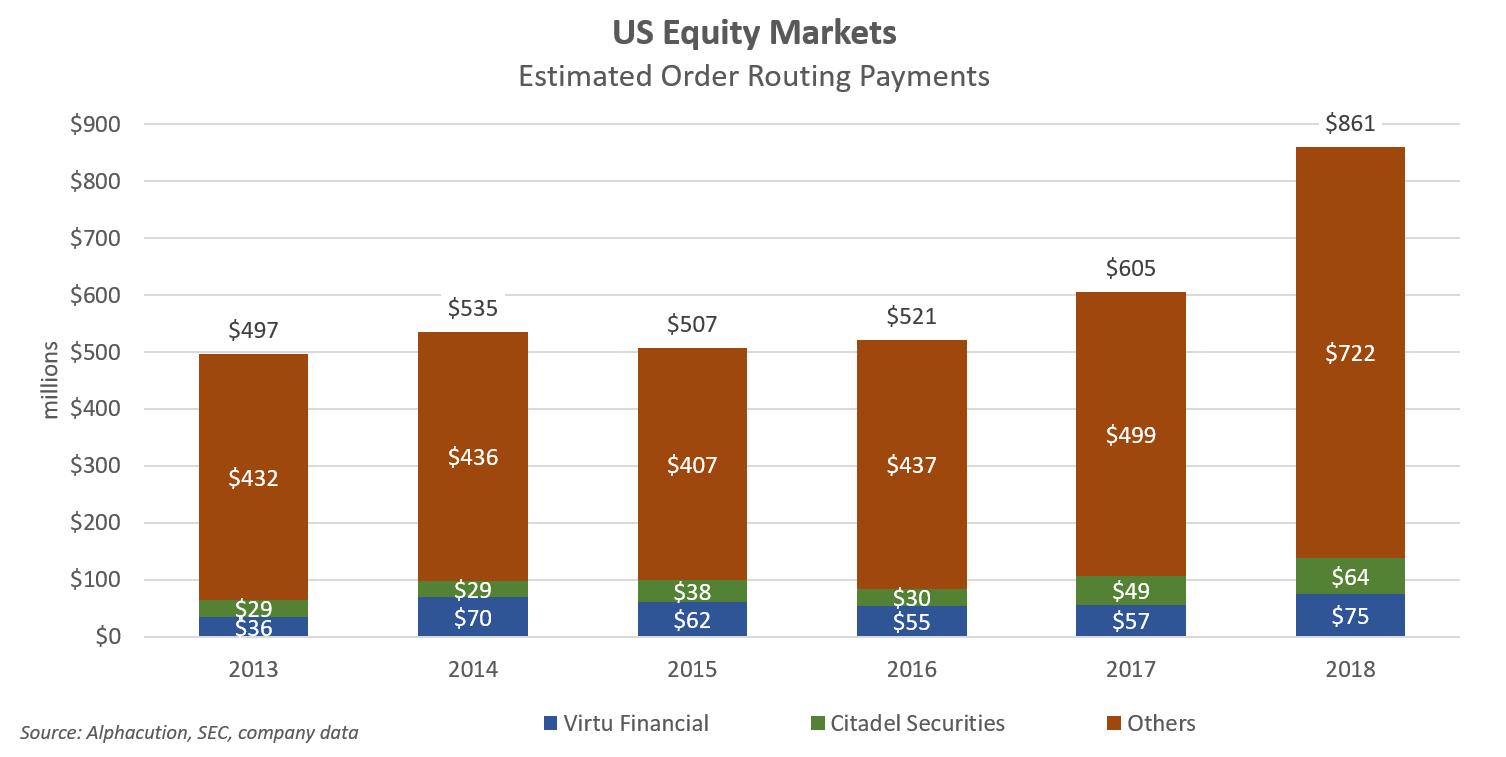 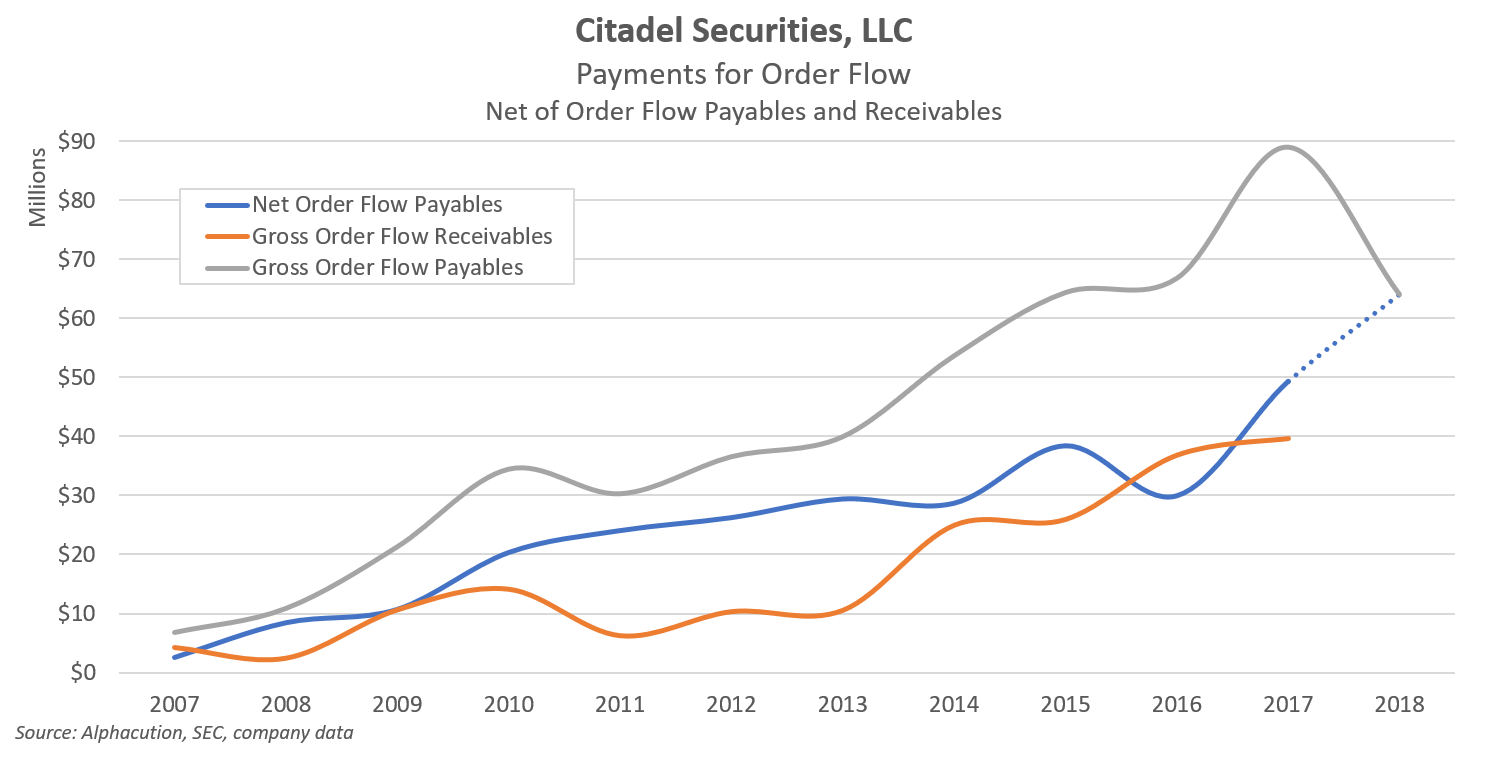 Like an engine drained of its lubricants, I don’t see how this is good for markets long-term. Moreover, I don’t see how “free” is always the best price. But, silly me. Who cares about the long-term when capitalism-in-name-only (CINO) has produced so much prosperity for so many. On that basis, there must be gobs of money lying around looking for a way to churn at no cost. I mean, even Rocket Mortgage will deliver in one click! Lehman who?

It’s all a precursor to financial blight…